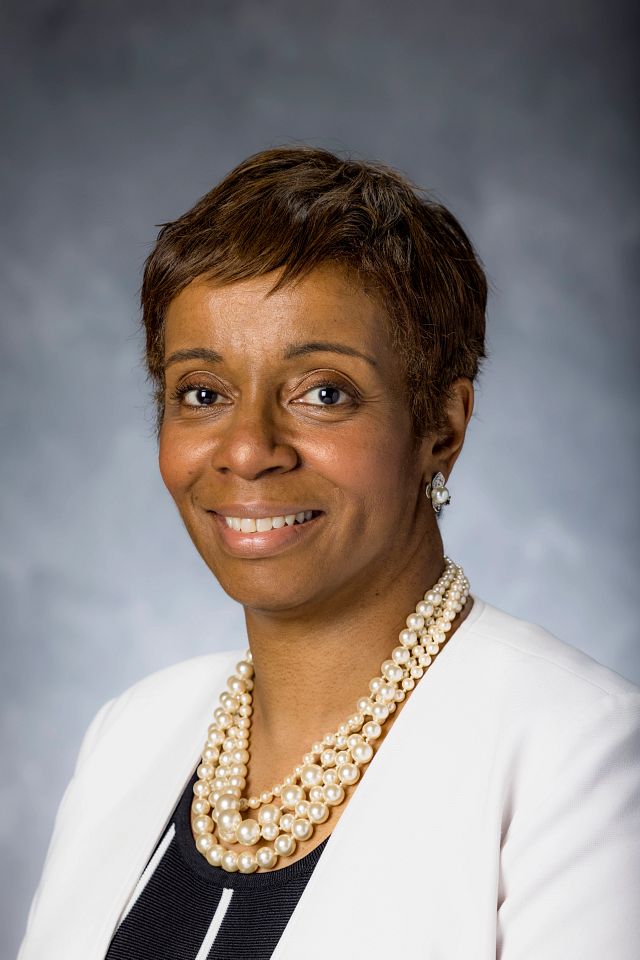 Dr. Cook previously served as an associate dean in UGA's Franklin College of Arts and Sciences. She is an affiliate faculty member in the Institute for African American Studies and the Institute for Women’s Studies. She is also a member of the Foot Soldiers Project faculty. Dr. Cook was the inaugural dean of the Franklin Residential College and she was a 2008 faculty-in-residence at the UGA Oxford program in Oxford, England. Dr. Cook is co-principal investigator for the Peach State Louis Stokes Alliance for Minority Participation. 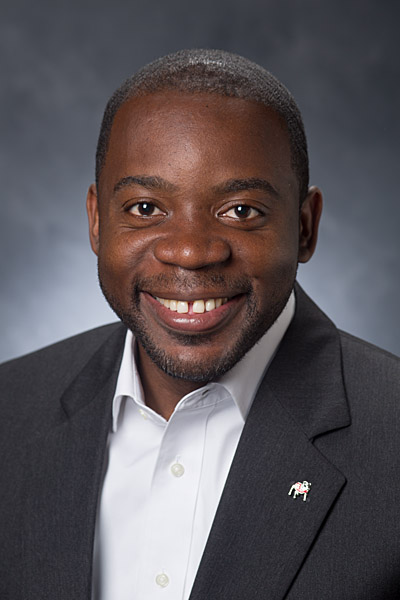 Randolph Carter rejoined the Office of Institutional Diversity in January 2022. Randolph has served in a number of capacities at UGA including leading the Auxiliary Services Human Resources team, serving as Office of Faculty Affair’s (OFA) Functional Lead on the OneSource Project (UGA’s Human Capital and Financial Management Infrastructure implementation), and HR Senior Managing Consultant at the Learning and Development Center (T&D).  His previous role in OID included serving as Coordinator for Faculty and Staff Development.

Director of Diversity and Inclusion and Deputy Chief Diversity Officer 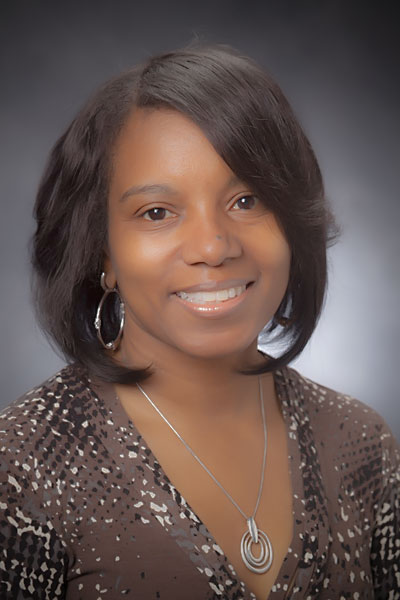 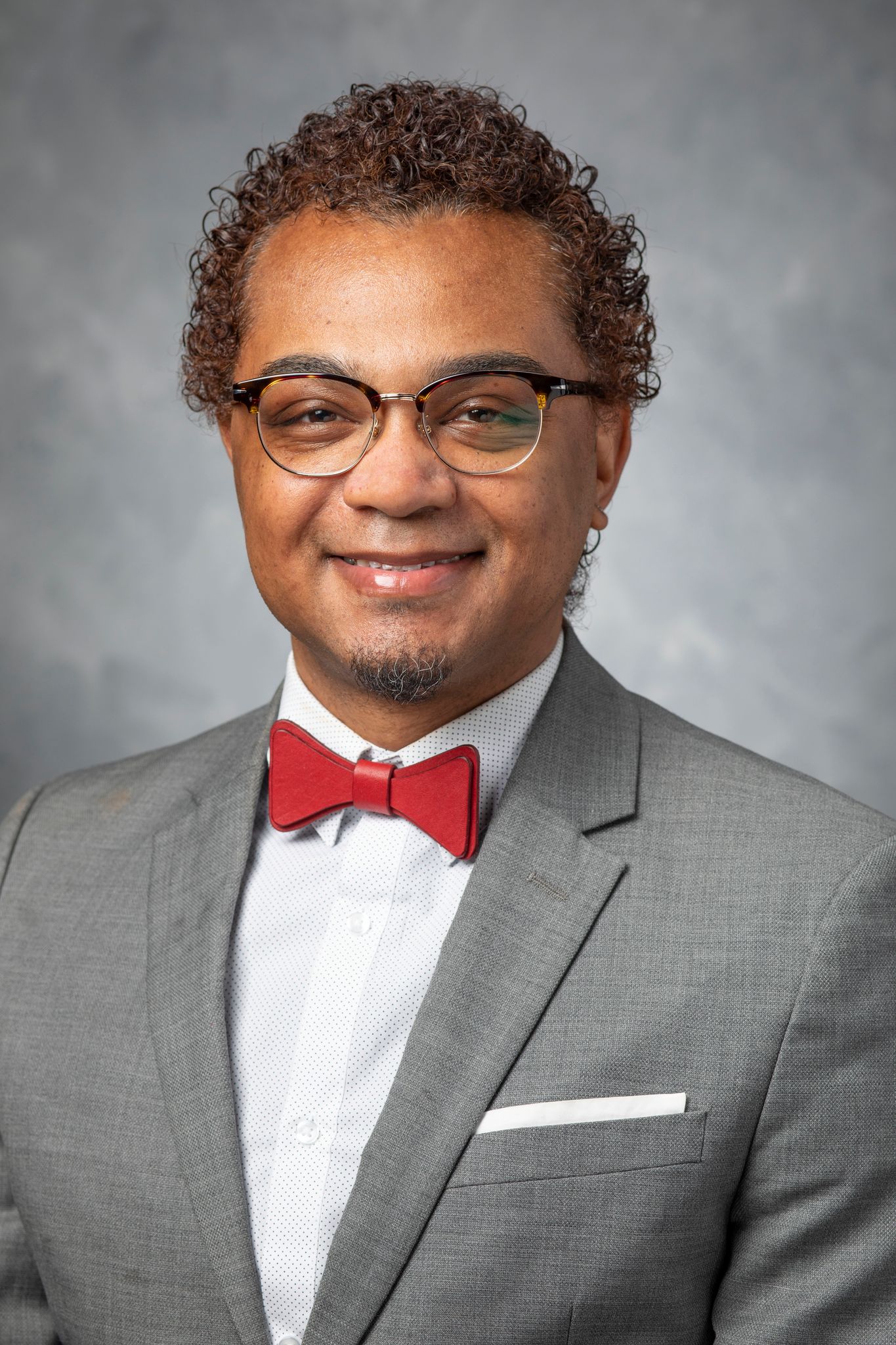 Marques R. Dexter serves as the assistant director of student initiatives within the Office of Institutional Diversity. Under this role, Marques leads the office in the creation of programmatic and institutional efforts that focus on academic success, achievement, and engagement of students who hold identities within historically underrepresented and marginalized populations. Additionally, he serves as the Georgia African American Male Experience (GAAME) program's assistant director, a University System of Georgia African American Male Initiative funded program. Currently, Marques is a Sport Management & Policy doctoral candidate in the Department of Kinesiology within the Mary Frances Early College of Education. Hailing from Philadelphia, PA., Dexter received his Bachelor of Science in Business Administration with a Sport Management concentration from Robert Morris University (PA), and a Masters of Science in Kinesiology, specializing in Sport Management & Policy from UGA. 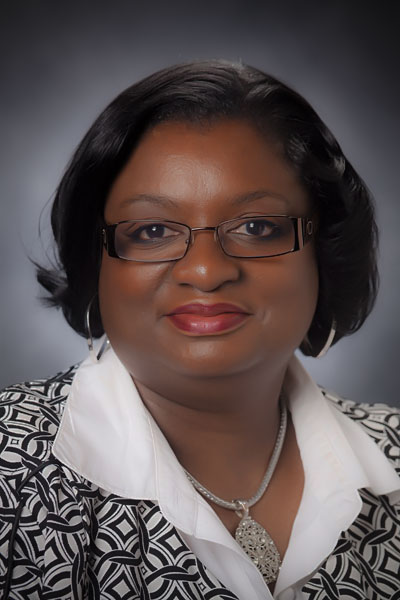 Pittman joined the office in 2002.  She is responsible for budget & fiscal affairs, grant management, and assisting with office programs & events. She earned her bachelor’s degree in electronic technology from Norfolk State University and a master’s degree in Information Technology from American Intercontinental University. 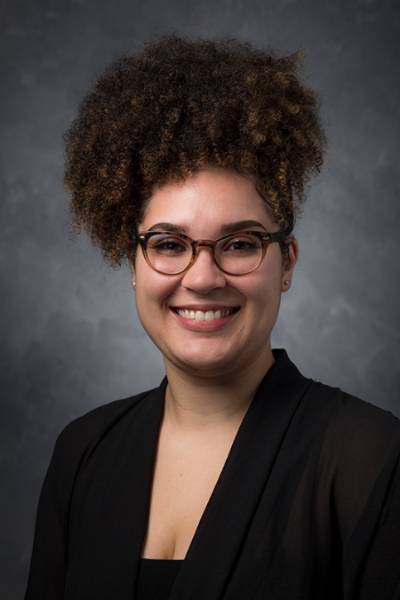 Wendy Starnes joined the Office of Institutional Diversity in March 2022, as the Administrative Coordinator. She provides administrative leadership in the coordination of office programs, communications and processes, management of student workers, and the compilation of information for OID reports.

She holds a Bachelor of Science in Psychology with a minor in Justice Studies from Georgia Southern University, as well as a Master of Education with a concentration in Educational Leadership - Higher Education Administration from Columbus State University. 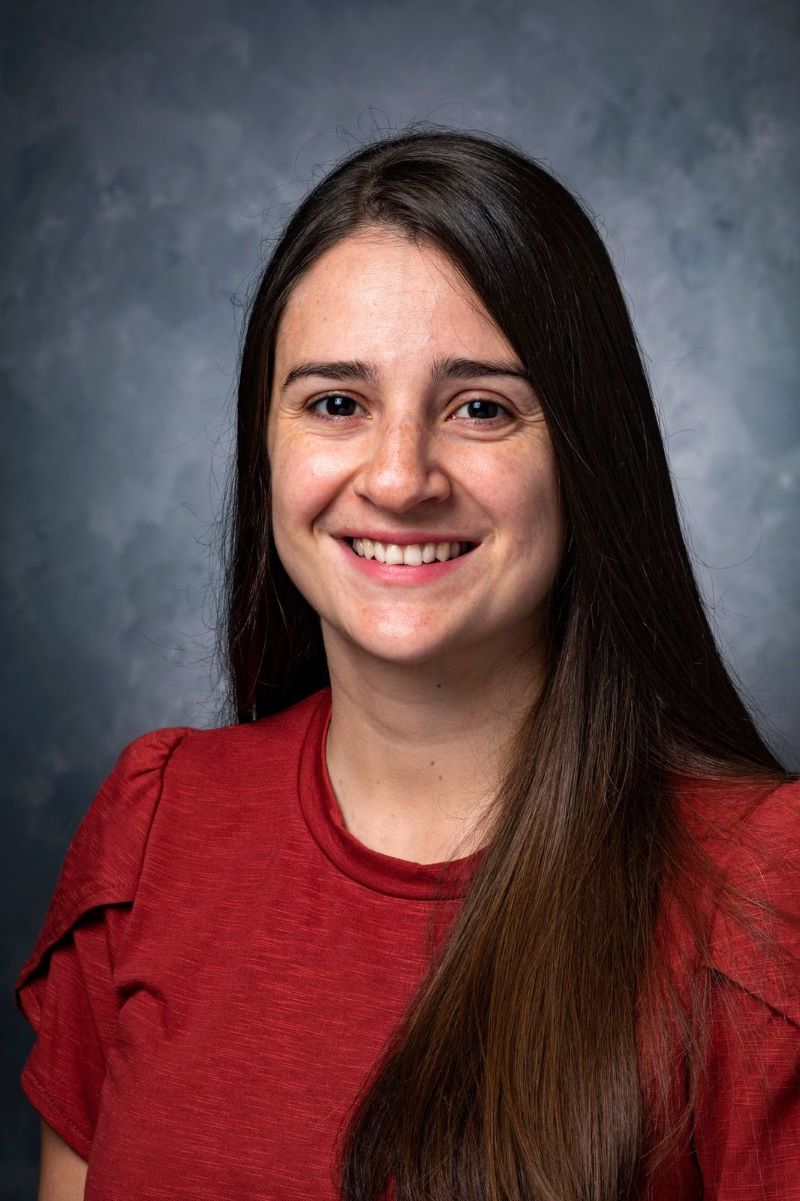 Alejandra joined the Office of Institutional Diversity in 2021 as a Graduate Assistant for Diversity Education. She is originally from Ecuador, where she earned a B.A. in Clinical Psychology from Universidad San Francisco de Quito. She holds an M.S. in Third Generation Psychotherapies from Valencian International University and an MS.Ed in Mental Health Counseling from the University of Miami. Working bilingually with people of diverse ages, origins, and backgrounds in Ecuador and Miami has taught her the importance of human connection and social support. Alejandra has a commitment to diversity and social change; her approach with clients is to promote empowerment and use their multicultural and diversity factors as resources to develop strengths and skills.

Alejandra is currently enrolled in the Counseling Psychology Ph.D. program at the University of Georgia’s Mary Frances Early College of Education. Her research interests include intersectionality, multiculturalism, and Latinx mental health. Alejandra is part of ¡BIEN! Research Team and La Clinica In LaK'ech, which provides bilingual counseling services to the Latinx community in Athens. 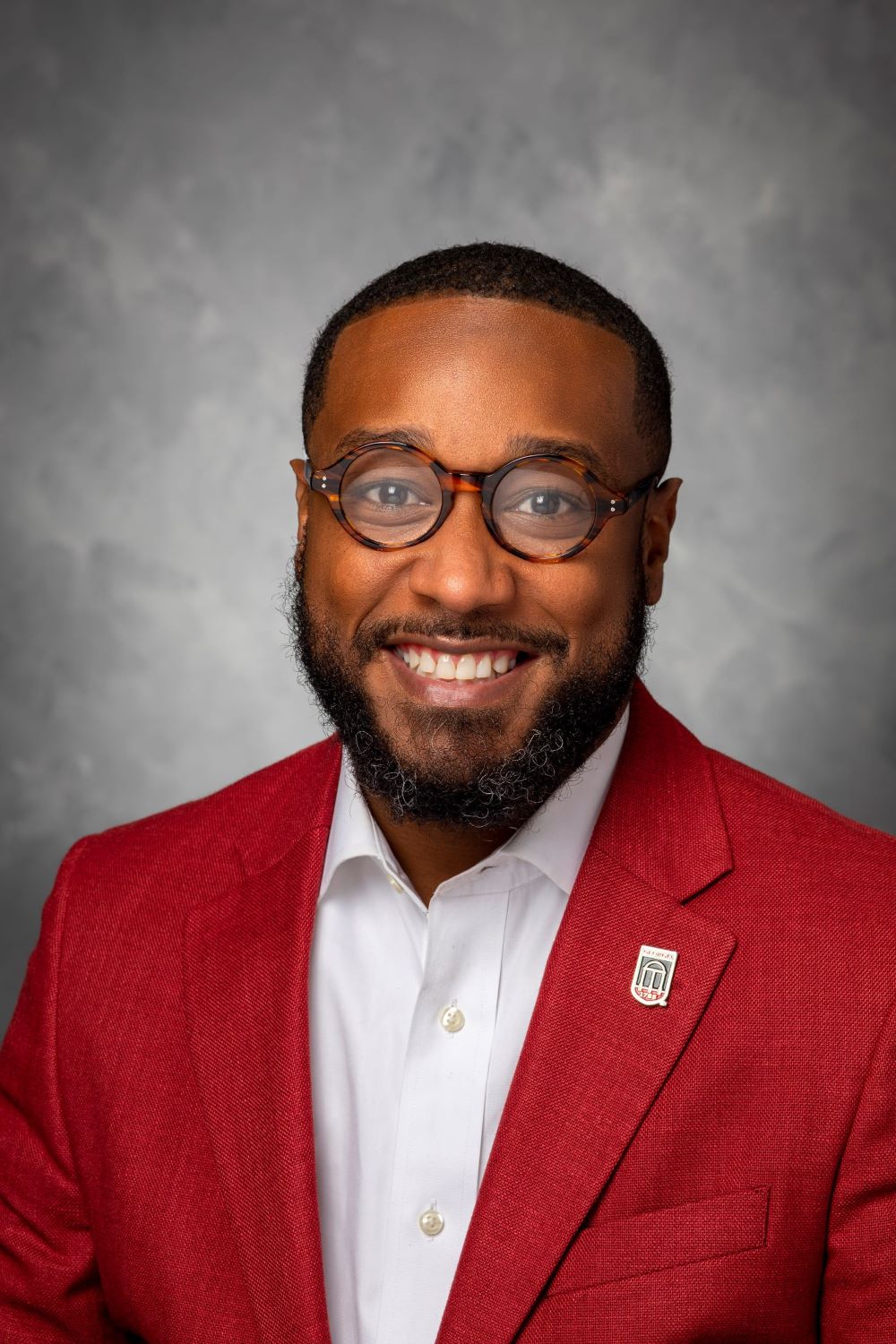 A native of Savannah, Georgia, Carl Anthony Miller is an author, entrepreneur, and community leader. Carl Miller is a graduate of Savannah State University, where he received his B.A in English Language & Literature. He also holds a Master of Arts in Professional Communication & Leadership from Georgia Southern University. Currently, he is pursuing a Ph.D. in Learning, Leadership, & Organization Development with research interests including:

Miller is an active member of the community, having served on several local boards, commissions, and authorities to include Savannah Cultural Affairs Commission, Savannah-Chatham Fair Housing Council, and the Boy Scouts of the Coastal Empire. He also served on the executive board of the Savannah NAACP and headed the Education Committee. The youngest to serve on the board and lead the organization, Carl Miller served as Chairman of the Board of Directors for the Ralph Mark Gilbert Civil Rights Museum. He also holds memberships to several social and civic organizations, including the Prince Hall Masonic Order, Omega Psi Phi Fraternity, Inc., Rotary Club East, and the SSU National Alumni Association. He has completed Advocacy Training with the Congressional Black Caucus Institute and is a graduate of Leadership Savannah and the Georgia Academy of Economic Development.

In 2016, Carl Anthony Miller was named to Georgia Trend Magazine’s “40 under 40”. In addition, local CBS television affiliate, WTOC named Miller “Hometown Hero”. At the 2017 annual meeting of the United Way of the Coastal Empire, Miller was named “Volunteer of the Year in the Area of Arts & Culture”.  Carl was also recognized by the Georgia Secretary of State as Goodwill Ambassador and Outstanding Georgia Citizen.  In 2018, The Savannah Morning News’ BIS Magazine named Carl Anthony Miller a “Generation Next Rising Star in Business”. That same year, he received the “Citizen of the Year” award from the Mu Phi chapter of Omega Psi Phi Fraternity, Inc.

Carl Anthony Miller is a lifelong member of Mount Hermon Baptist Church in Savannah, Georgia, where he serves as Chairman of the Deacon Board and Chorister for the adult choir.