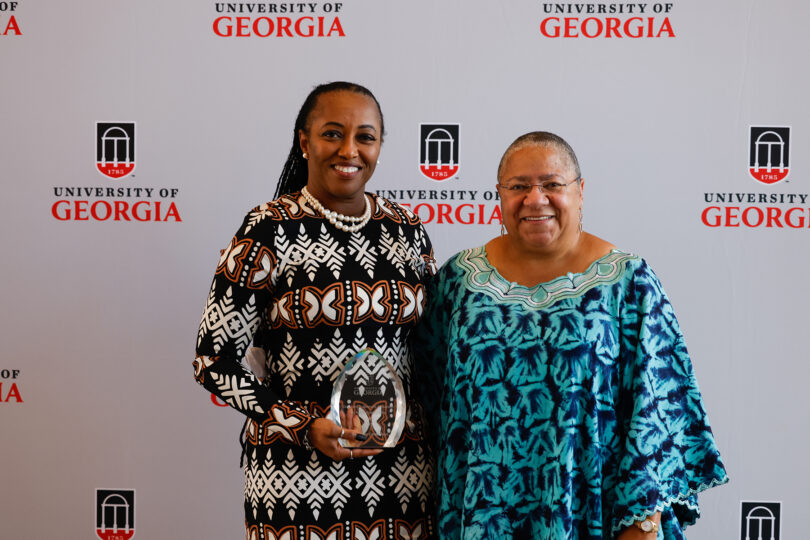 “When I first found out about this award, I was so thrilled. Not only is this an award that the university leadership is putting forward to show how important it is to them that their faculty engage in diversity and inclusion activities, but it’s also an award being named for one of the trailblazing women that I so greatly, greatly admire,” said Carmichael, professor of veterinary pathology in the College of Veterinary Medicine.

The award is a new recognition for faculty funded by UGA President Jere W. Morehead’s Task Force on Race, Ethnicity, and Community. The award is given to a faculty member who has made a considerable contribution to promoting diversity, equity and inclusion within and beyond the classroom at the University of Georgia. Carmichael will receive a $1,000 cash award.

“I am pleased that we have recognized Dr. Paige Carmichael with the inaugural Dawn D. Bennett-Alexander Inclusive Community Award,” Morehead said. “Paige has been a staunch advocate for student, faculty and staff diversity at UGA and we appreciate her continued commitment to the core values of our institution.” 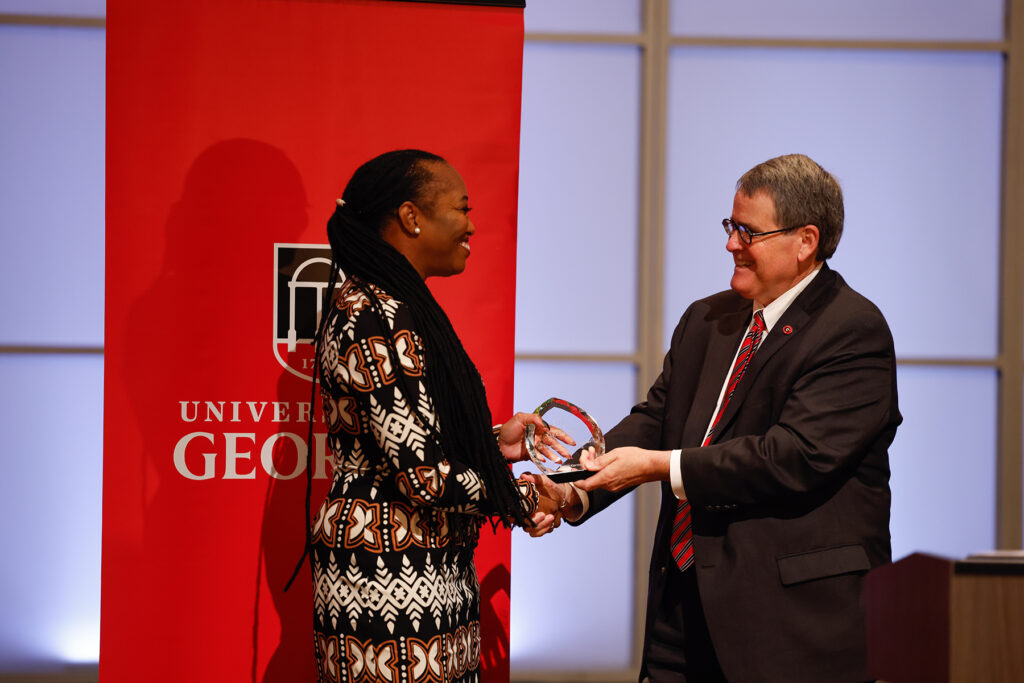 The award was presented during Embracing Diversity, which celebrates the value of diversity and inclusion at the University of Georgia, recognizes employees who completed requirements for the Certificate in Diversity and Inclusion and presents scholarships to outstanding students.

“It is also a reminder that we all should support the multitude of diversity and inclusion activities, programs, lectures, panels and performances that will take place throughout the upcoming academic year,” said Michelle Cook, vice provost for diversity and inclusion and strategic university initiatives. “We are strengthened daily by the different experiences, backgrounds, cultures and perspectives that we each contribute to the intellectual and educational enterprise here at the University of Georgia.”

Morehead mentioned some of the university’s most recent efforts to build diversity and inclusion, including the creation of the Presidential Task Force on Race, Ethnicity, and Community and the expansion of programs such as Road Dawgs, Georgia Daze and the Georgia Commitment scholarships.

“Each of us here today has an important role to play in promoting a culture at UGA that is welcoming, inclusive and diverse,” he said.

Bennett-Alexander gave the keynote address at this year’s Embracing Diversity, sharing how she’s working to make the world a better place for her daughters and grandchildren.

“Love is more than a noun—it’s a verb,” she said. “Do the work of showing people that you care about them, that you value who they are, what they do, what they say. We all know and can feel that when it’s happening. If you just use that simple rule of making everyone feel that way, I guarantee you, it will pay off.”

Approximately 265 UGA employees also were recognized for earning the Certificate in Diversity and Inclusion in 2020 and 2021, presented to UGA employees who voluntarily completed six courses covering a variety of diversity-related areas. The certificate program is a partnership of the Office of Institutional Diversity, the Learning and Development Center and other diversity-related offices and programs at UGA.