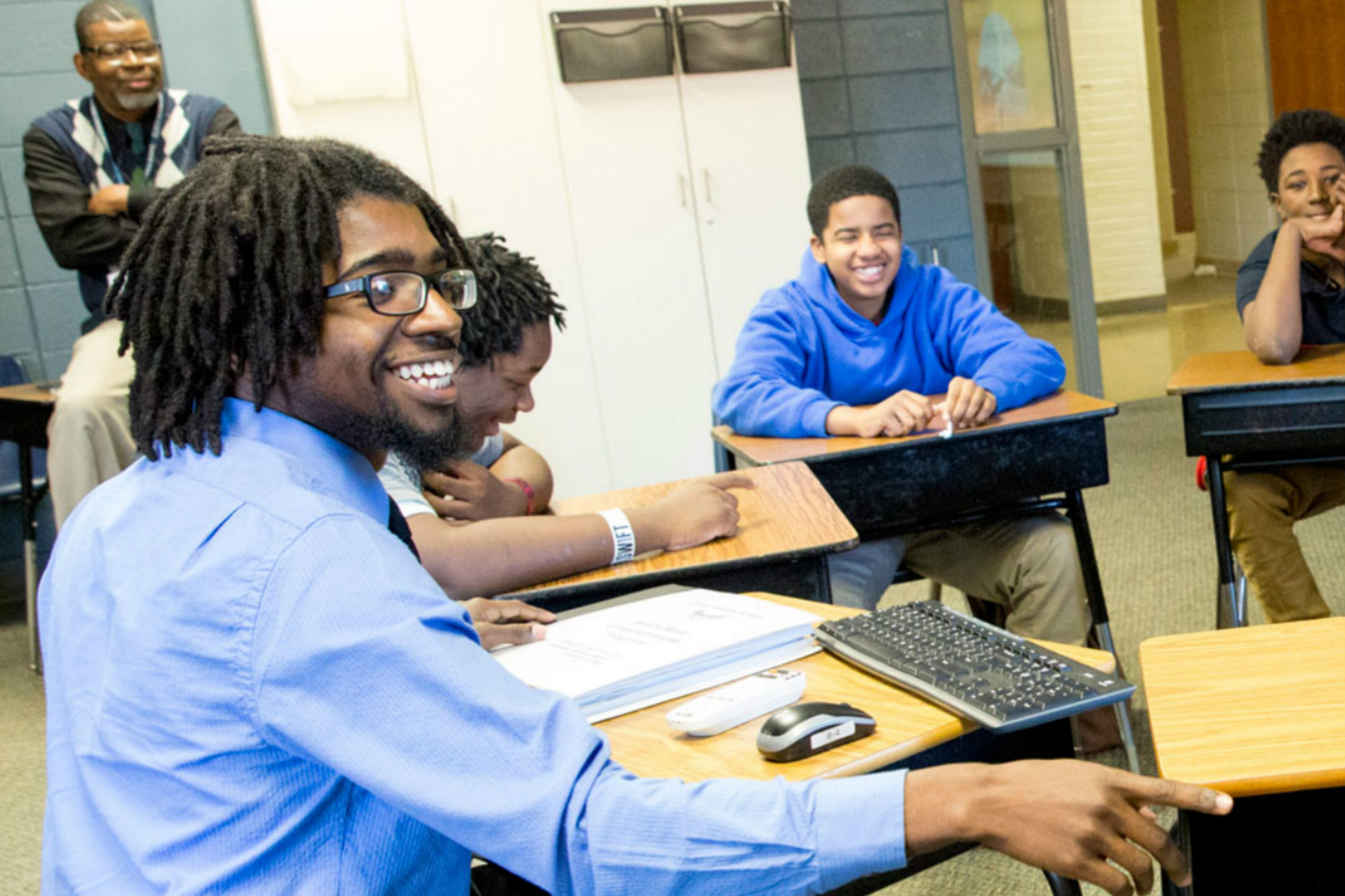 Mansur Buffins first stepped on to UGA’s campus as a high school senior as part of the inaugural cohort of the Georgia African American Male Experience, a residential weekend program that focuses on leadership development and offers a glimpse into college life.

“That was my first time on a college campus,” Buffins said. “I thought, ‘This is pretty cool. This is what college looks like?’ I mean, it actually looks like the movies.”

When it came time to make his college decision, Buffins’ friends warned him against choosing the University of Georgia.

Buffins’ experience with GAAME helped paint a picture of the university that was different than the views of his friends. The UGA students that led the GAAME program told participants about programs like the UGA chapter of the NAACP, the Black Male Leadership Society and the Black Educational Support, which pairs an upper classman mentor with a freshman mentee to ease the transition to campus.

“That’s what attracted me,” Buffins said. “Knowing there’s a place on this campus for me. It relieved a bunch of the unnecessary stress. I knew I wasn’t going to feel out of place.”

Buffins, who is double-majoring in social studies education and African American studies, now is helping other local students feel more connected to campus. As a sophomore, Buffins has launched a new mentor program that connects black male UGA students with their counterparts at Clarke Middle School.

“Working with those kids is the highlight of every week,” he said. “It is very joyful for me.”

"I realized that these young men needed some encouragement.”

The spark for the program came after Buffins was attending class one day with his mentee from the Clarke County Mentor Program. The pair observed several of the young black males sitting in the back of class and being removed from class for disruptive behavior. During that same day, Buffins passed a classroom filled with mostly white students and asked one of the students he was with about the class.

“Those are the smart students,” the student told Buffins.

“At that point, I realized that these young men needed some encouragement,” Buffins said. “I’m seeing little brothers down the street who look like they could use something that could empower and motivate them a little bit more.”

So Buffins approached the Clarke Middle School administration with an idea about how best to reach the black male students—black male UGA student mentors.

“I’m a black male, and I’m a student at UGA,” he said. “If you’ve made it to UGA, you’re doing something right and you have some sort of advice to give someone younger who’s trying to do that.”

The school administrators confirmed that there was a need for black male mentors and embraced Buffins’ idea. Not only did they encourage him to recruit black male UGA students into the Clarke County Mentor Program, but they also formally added a course to the school’s after-school programs.

With the help of a colleague, Buffins successfully recruited eight UGA students to volunteer for the one-on-one mentoring component of the program and then got to work preparing for the after-school course.

“I spent a lot of time in the UGA Library last summer,” he said. “I checked out books about empowering young black males, mentoring students of color, psychology of black boys—there was a lot of information on this topic.”

Each Tuesday from 4-6 p.m., Buffins leads two one-hour sessions with seven boys. Some weeks, Buffins invites a guest speaker, usually a UGA faculty member or student. Other weeks, he and the boys simply discuss things that are on their minds.

The program is proving effective already. One teacher told Buffins about a participant who used to be in gifted programs in elementary school, but had lost interest and opted out in middle school. The teacher said that after participating in Buffins’ program, the student was showing “brightness” and enthusiasm again.

“The program offers students a place to discuss topics they don’t feel comfortable discussing anywhere else,” he said. “They write in journals about serious issues, and we tackle some important stuff.”

Interest in the program is growing, and the school administration has told Buffins that it will likely increase the size of the program next year.

The middle schoolers aren’t the only ones learning from the program. One discussion was particularly eye-opening for Buffins.

“One day, we took on the topic of incarceration and police brutality,” he said, “and the kids started talking about their brothers, fathers and other family who were in jail. It wasn’t just some national theme to discuss—for them, it was very real.”