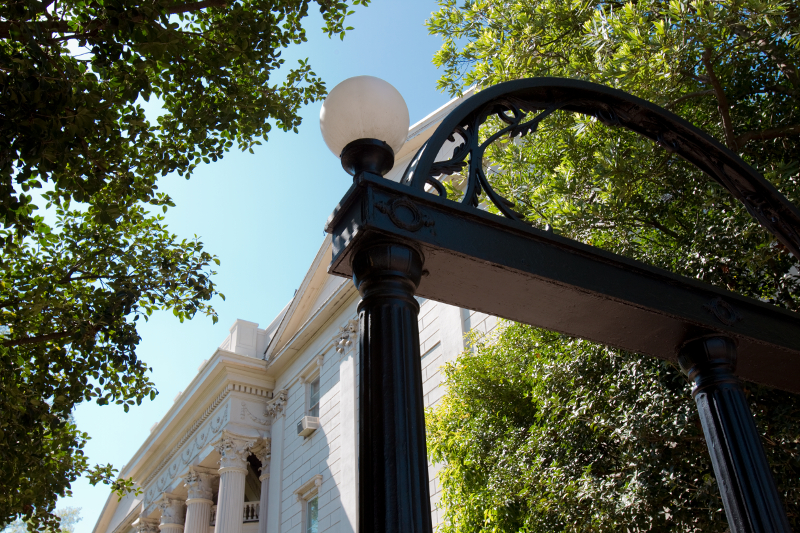 According to the call issued by the Office of the Vice President for Research, successful proposals should be focused specifically on documenting the role of slavery in the institution’s development from its founding in 1785 through the end of the Civil War in 1865.

“As a research institution, it is the stated mission of the University of Georgia ‘to teach, to serve and to inquire into the nature of things,’” said President Jere W. Morehead. “This research initiative reflects that mission. The new scholarship that results will document the contributions of slaves and recognize the role these individuals played in the history of the University of Georgia.”

On May 23, 2019, the University made public a comprehensive report on the Baldwin Hall site that it submitted that day to the State Archaeologist’s Office. This exhaustive 826-page report greatly enhanced the record of the Old Athens Cemetery by including extensive archival research about the cemetery and the surrounding area.

The report also referenced the role of slaves during the early development of the University of Georgia and the surrounding city of Athens. At the beginning of the Civil War, the institution existed in several buildings on the historic North Campus and had an enrollment of approximately 160 students; the population of the local Athens community was about 3,800, nearly half of whom were African American. However, very little other information has been documented in a scholarly manner.

“The report demonstrated the need for additional research to fill a void, and it is our hope that faculty and students from several disciplines will participate in this significant research initiative,” said David Lee, vice president for research. “This effort will complement and build upon the institutional histories provided by previous scholars and will continue to enhance our collective understanding of this institution.”

The call for proposals states that the funded work should be completed by June 30, 2021. Engagement of student researchers at both the graduate and undergraduate level is encouraged. This research initiative is supported by up to $100,000 in private discretionary funds from the Office of the President.

“Gaining a scholarly understanding of the role of slavery in the early years of the University of Georgia will be invaluable to the entire community,” said Michelle Cook, vice provost for diversity and inclusion and strategic university initiatives. “This history, like all of our known history, will allow us to recognize those who came before us. It is a critically important aspect of our institutional history.”