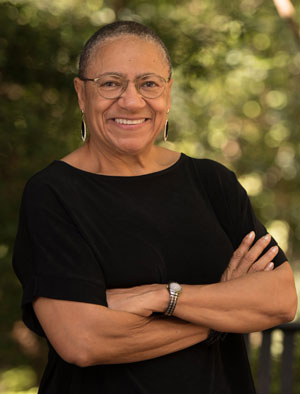 With over 50 awards and recognitions for teaching and service, including the 2019 Minority Services and Programs Honored Trailblazer recognition, the 2017 award for UGA’s best Diversity & Inclusion program, 2016 Women’s Studies Professor of the Year and one of UGA Student Government Association’s ten Outstanding Professors of the Year, in 2015 she was the recipient of one of only ten national $25,000 Elizabeth Hurlock Beckman awards for excellence in teaching.  The award arises from being recommended by a student who has accomplished something significant for the community who attributes it to their professor’s influence. Dr. Bennett-Alexander used her award to establish an endowed scholarship at the University of Georgia for students who engage in diversity work to build bridges of understanding.  Dr. Bennett-Alexander delivered a TED Talk on Practical Diversity in 2015 (with over 130,000 views) and is the 2011 recipient of the University of Georgia’s highest award for diversity, the Dr. Martin Luther King, Jr. Building Bridges award.  She was also a Fulbright Senior Scholar Fellows and taught and conducted research on race and gender at the Ghana School of Law in Ghana, West Africa for ten months.

Before coming into academia, Dr. Bennett-Alexander worked in legal capacities in Washington, DC at the, Federal Labor Relations Authority litigating federal sector labor law cases; the White House Domestic Council, serving as assistant to the Associate Director and General Counsel; the D.C. Court of Appeals, the highest court in DC, as law clerk to the Honorable Julia Cooper Mack, the first black female appointed to a court of last resort in the US;  the U.S. Federal Trade Commission's Antitrust Division, the U.S. Department of Justice’s Honors Program, the University of North Florida, and the Antioch School of Law. Bennett-Alexander also served as a special master (labor arbitrator) for the Florida Public Employees Relations Commission for over six years.

Dr. Bennett-Alexander publishes extensively in the Employment Law area with particular emphasis on race, gender and sexual orientation issues. In 1994 she co-authored a first-of-its-kind textbook, Employment Law for Business, (McGraw-Hill, Publishers) which established the discipline in colleges of business.  The text is now going into its tenth edition and remains the leading text in the country in its discipline.  She also co-authored The Legal, Ethical and Regulatory Environment of Business in a Diverse Society published by McGraw-Hill Publishing Company and The Legal, Ethical and Regulatory Environment of Business published by South-Western Publishing Company.  In 2018 she published her first e-textbook, Contemporary Contracts, for Great River Learning.

Dr. Bennett-Alexander has conducted diversity and Employment Law seminars for the public and private sector since 1983, has been featured in media across the country, including National Public Radio, The Wall Street Journal, USA Today, Fortune magazine, Georgia Trend, the Houston Chronicle, the Atlanta Journal and Constitution.  She dedicates all she does to her Ancestors and her three daughters and two grandchildren.